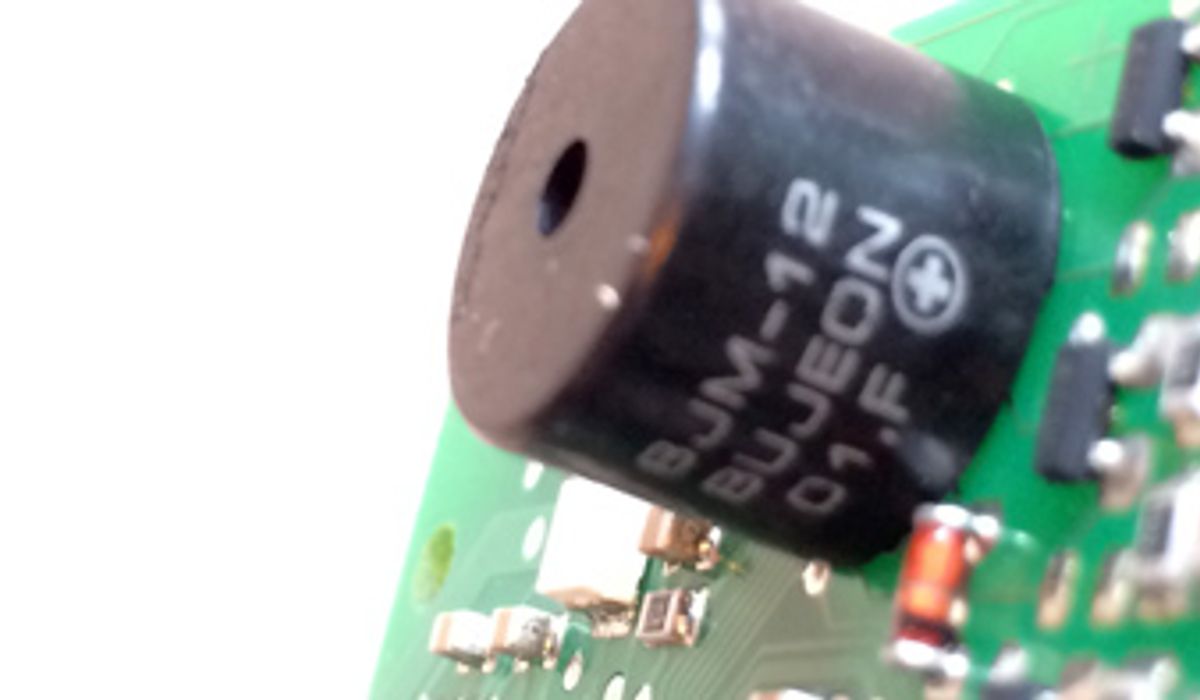 On this typical sunday morning, I needed to do some repair work on our dishwasher. The mechanism for soap dispenser was broken and needed a replacement. Luckily i was able to order some spare parts for only € 8,- So this fine piece of DIY would save me a lot of money.

What was more important, was the fact that I could finally take my first steps into defeating the most horrible part of The Annoying Dishwasher™. Here’s the deal: when our dishwasher is finished, it gives a 2 loud beeps. This wouldn’t be a big deal if it stopped right there, but as you can guess, it doesn’t. It keeps on beeping every 15 minutes, until you turn it off.

Now, I can happily ignore this sound for eternity, but my significant other can’t. Forcing me (with all means) to leave the bed in the middle of the night to kill the beeping monster, aka The Annoying Dishwasher™.

This gave me an idea: rip out the buzzer, and replace it with something more fun. Today was the day to figure out the possibilities.

After dismantling the front of the dishwasher, and replacing the broken part, the real fun could begin: The search for it’s vocal cords, the search for the buzzer.

On the top front of the dishwasher, there is a control unit. Since this part is probably the only low-voltage unit of the dishwasher, it was very likely this unit contained the buzzer. So without any hesitation (or maybe a little …), I disconnected all the cables form the unit, but not before I took a picture to remember how to reconnect the module.

After a small fight whit the plastic casing, I found out how to open the module. Unfortunately I was unable to do this without minor injuries (not to the dishwasher …) and some standard cussing. Allowing me to find the vocal cords of hell, and figuring out the best way to silence the monster.

The side of the buzzer shows the following inscription: BJM-12 BUJEON 01.F. After some googling, i found the associated specs, Since this buzzer has an operating voltage of 6 to 15 volts, and draws 40mA, It’s safe to say this buzzer is easily replaceable by a regular relais.

Connecting the the relais to a Arduino or Raspberry Pi would allow me to do the following.

Plenty of options. But to make sure I was able to do the dishes tonight, I remounted and reconnected the control unit and closed the front of the dishwasher. For now i did my duty of fixing the broken soap dispenser. The rest of the fun would be saved for later.

Let me know what i should do. A Raspberry or an Arduino? And for what purpose?