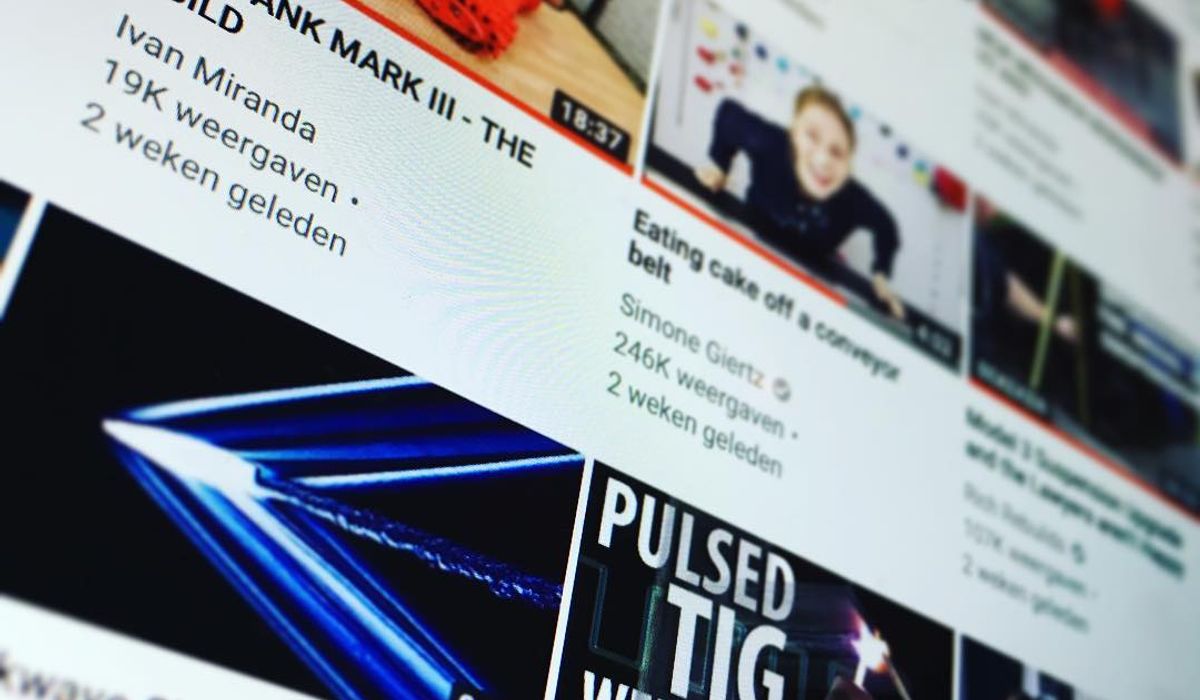 What are you looking at?

2 weeks ago I strained my back while doing the heavy duty task of putting my 7 month old son to bed. As a lot of us desk nerds, my core muscles are non existent, so this was a matter of time for it to happen. Unfortunately it means I currently can’t spent any time behind my desk. Luckily there are other ways of fulfilling my maker needs.

As much as I love YouTube for some good old dashcam compilations, I think YouTube is especially great to give the die-hard makers an audience to show off their work and contraptions. Since I’m currently unable to work on my own project, I figured it might be fun to share my favourite YouTube channels with you.

So without further ado, here is the list of channels that keep me sane while I munch away my morphine pills.

Not only does This Old Tony know almost everything about metal working, his video skills are great too. I can’t decide if I love his channel because of his ridiculous high quality metal work, or his hilarious way of story telling. Either way, This Old Tony always leaves me in awe. A 25 minute video feels like a 3 minute short form clip, fuelling the desire for the next episode.

The video above is the video by which I discovered his channel. It’s a 2 year old video and since then, his video’s got even better.

You probably know the video above. If not, you are one of the few since this video has been watched over 87 million times on YouTube. Not only is Martin a GREAT musician. He is also a great engeneer working on the Marble Machine X which he wants to take on a world tour.

The combination of beautiful engeneering and delightful self composed music makes his videos really stand out.

Tom is a graduated Aerospace engineer with a huge interest in all aspects of engineering. His video’s are filled with smart engineering, but also with understandable and interesting explanations of the theory behind the experiments.

If you are into RC planes this channel is for you. But his E-bike videos are just as (if not more) awesome.

Project Air is a relative small channel by James Whomsley I found trough a collaboration video with Tom Stanton. Project Air is about everything that can fly. But truth to be told: the cinematic quality of the Project Air video’s is so ridiculously high, James could probably make a video about his turds worthwhile.

The beautiful english accent of James are the icing on the cake. This channel has the potential to become one of the most successful RC channels on YouTube.

With over 16 million views on his first video Scotty Allen really put his channel on the map. If you are into electronics, this channel will show you the magical wonders of the place it all starts: Shenzhen, China.

Scotty likes to take a technical challenges and take us on his journey while going through the markets of Shenzen.

If you are into wood working, Frank’s channel is what you are looking for. His fun way of filming (including stop motion) and his soothing voice will keep you glued to the screen.

I never expected I would be so fascinated by bowl turning …

I think Ivan is the world’s biggest consumer of red 3D-printing filament. Luckily he uses it for hilarious fun projects that a lot of time completely fail but are extremely fun to watch.

Ivan is a pro in not taking himself too serious, which makes his video’s even better. Every video I’m looking forward to the music and parts montage. But for the love of god, Ivan … for once, try not to forget putting on the timing belts when you assemble your next 3D printed tank!

Jeremy is a born engineer who builts a lot of his own tools. His self designed and built belt grinder is a piece of art.

I’ve learned a lot about engineering by just watching a few of his video’s. Of which the most important one is: “If you can’t make it perfect, at least make it adjustable!”. You’ll hear this sentence being used by a lot of other makers. Well, Jeremy is the source of this wisdom.

If you are a maker, if you like engineering and if you’re interested in woodworking, Matthias must be one of your idols. A lot of YouTube channels are inspired by Matthias’s channel.

Matthias invents his own tool and toys and shows that almost anything can be built using some lumber and a band saw.

Unfortunately Matthias is currently unable to work on any big project due to health issues, but his endless catalog of video’s will keep you busy for a while.

The perfect combination of engineering and entertainment.

So, what are you favourite maker channels? Any channels that absolutely should be added to the list above? Let me know in the comments down below.

I hope my back will be okay soon, because I got a lot of nice ideas for future projects. Till then, enjoy YouTube! :)