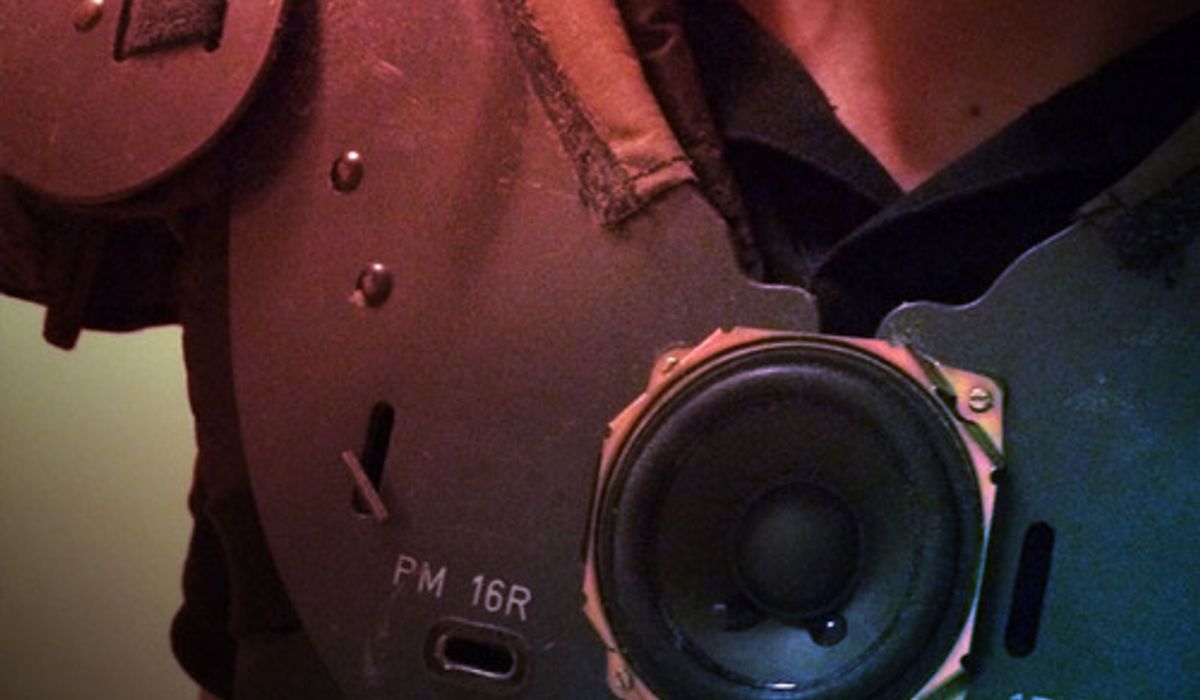 Last week I introduced my totally useless but extremely fun next project. The Power Suit! With more then 1700 YouTube views it’s obvious you guys are interested in the project. So without further ado, I continue as promised and demolish the Football Suit.

After cutting out a sawing template from a piece of cardboard, I grab my Dremel and start the fun. With some toxic fumes to enjoy, I manage to cut out the speaker space. With some 3mm nuts and bolts the speaker is firmly mounted to the suit.

After some testing (and accidentally damaging) the first speaker. I mount the final boom-boom-beast. Supplying the suit with approximately 300 million watts of awesome sound effects.

Next up: the wings

Adding 12 extra nuts and bolds and two hinges the wings are fixed to the to of the suit allowing +90 degrees of folding up. When preformed fast enough, I might even be able to lift off. (Ok, those fumes are doing their thing now …)

Now the fun part begins: by adding two small servos under the the wings, the wings are able to push themselves up. These servos will eventually be controlled by the Arduino allowing individual wing control.

After some testing and tweaking, the servo’s worked like a charm. By removing some lining, the wing pushup handles we able to disappear when unused. Note that this lining is under the wings and thus invisible.

The end result is pretty neat. Two perfect controllable wings. I tried increasing the speed, but did not yet manage to get some lift off. But I will … some day!

The major Football Suit demolishing is now done. It’s no longer a football suit. From now on, I’ll refer to it as my Power Suit. Human strength is now replaced by electric power. Which is good, since I obviously lack the former.

Like what you’re seeing? Got some question or suggestions? Or got an idea how to generate lift? Leave me a comment down below!