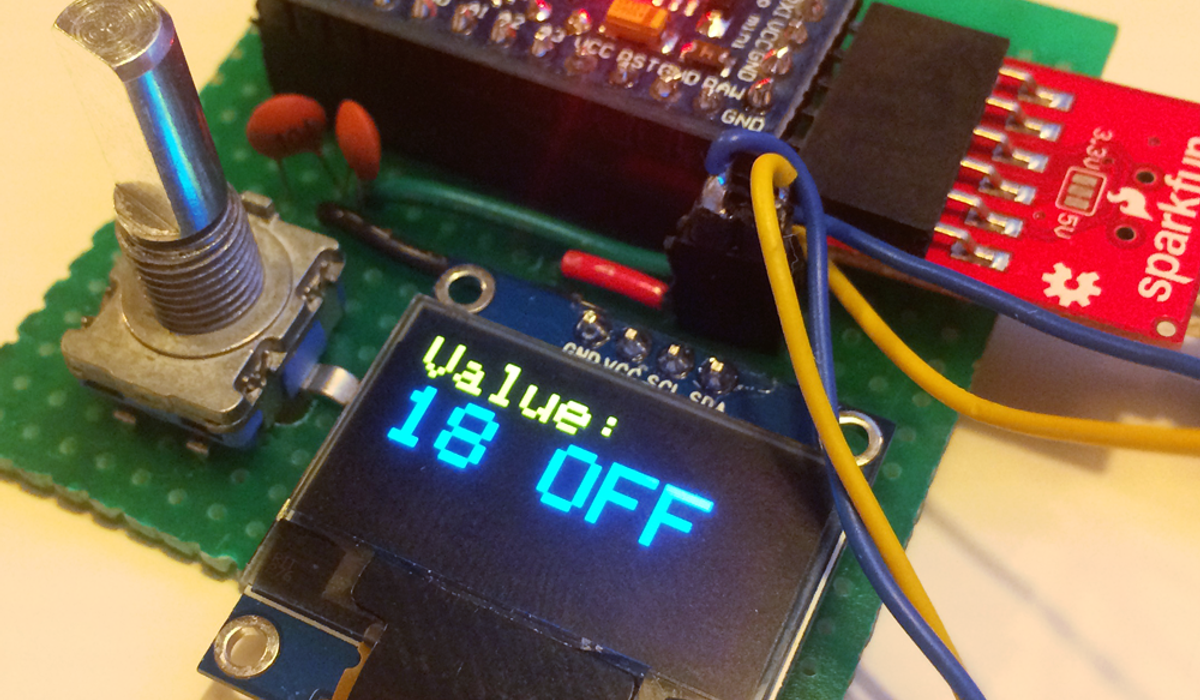 After I finally finished the first test motor unit I ordered all the necessary parts on eBay to built the 4 final units. Since most of the parts will take a while to arrive, I decided to work on the control unit testcase. Since eBay isn’t world’s fasted way to acquire parts, I have a lot of time to work on this … So let’s get going!

With these basic parts in place, I decided to do some communication testing between 2 Arduino’s using the I2C protocol.

Although there a lot of promising upcoming communication protocols like the recently released PJON, I chose to use I2C because it’s a proven protocol. It besides a shared ground it uses 2 wires to communicate: one clock line, and one data line.

In my case, I decided to use my controller as the Master, and the 4 motor units as slaves. Essentially, this is a legal way to have 4 slaves in my household …

Luckily, the Arduino website has some perfect documentation about using I2C as a communication protocol. So within a few minutes I got my Arduino to Arduino communication up and running.

To summarize the most important lines of code for my setup:

So, with this up and running, it’s time to combine the test controller and the I2C communication … And that’s where I ran into a wall! Apparently, the OLED screen (which also works on the I2C bus), doesn’t want me to connect some extra wires to the Clock and Data lines. As soon as I do, the screen goes blank, and the Arduino stops working. Even without anything connected to that wire.

Yeah, seriously … So I hope my eBay sellers take some extra time, cause I first need to solve this mystery … Any hints are welcome.

Edit 2015/08/19: As commenter Kuba states, the I2C bus can’t be as long as I need them to be. Since I need at least 7 meters of cable, I2C isn’t an option … Back to the drawing board … More info about this issue can be found here.