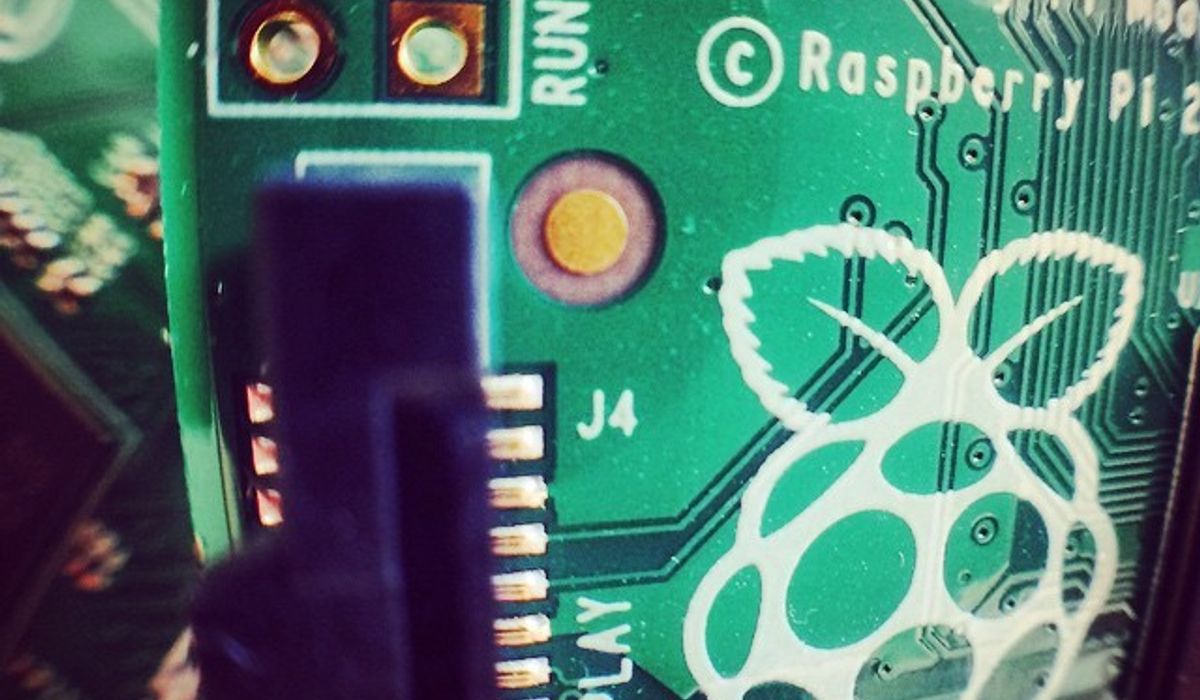 I have plans to build a “hub” for my two kids, basically a calendar/chore map/music player/notepad that they can both access easily.

Using a Raspberry Pi as a house hold hup for family communication is a cool concept! But since I don’t want to be the guy who facilitates child chores, I can’t let Kyle win! ;) - Still a great concept Kyle! Don’t let this hold you back, let me know if you ever finish this project!

I’d like to make film software that like the cameras in the football stadiums that hang on wires in the middle and drop down to get close up shots of shots, players etc. And ge it to follow the item subject to filming.

Cool idea! But if you can afford a stadium, you most be able to buy yourself a Raspberry Pi! ;)

It would be fun to use one to “guard” a something, like a certain drawer or a room. I’d hook up a sensor to detect when someone either enters the room or opens the drawer, and include a camera to photograph who it was that entered the private location. A Wi-Fi module would allow it to push a notification to your phone to let you know someone had arrived, and include the picture. […]

Your wife asked me to not let you win, Kellen! She likes her privacy! ;) None the less, great idea! :)

Some ideas revolved around my Magic Mirror. Of course this is a huge compliment, but I prefer revolution over evolution. That being said: if any of you ever built his own magic mirror, let me know! I will add you to the hall of fame:

I’d like to make a Magic Mirror for my old grandmother living in a nursing home. I would add a flickr family photo stream (update: a working script implemented) so she can see her family pictures. And she can look out for family or nursing home activities in her agenda, maintained by the family. This will definitely brighten up her days at the nursing home. To complete this project I need your old important missing piece for my old important grandmother! ;-)

I also noticed a lot of people submitted ideas that would work MUCH better with an Arduino in stead of a Raspberry Pi. In many cases, a Raspberry Pi is absolute overkill for your project. Not only are Arduino’s way cheaper, they are also more reliable, smaller and low energy. If you start a new project, make sure you select the right brains to power it …

I’d like use a pi to connect to my on-board diagnostics in my Jeep to get real time data such as RPM and engine temperature, as well as any error codes.

I’ve just bought a solar panel for my kids playhouse and tought it would be nice to add a raspberry pi for sensor logging and activities. Remember the talking parot from the “Efteling” :-)

My parent’s garden has a greenhouse. But - it’s too hot in summer, too cold in winter, too whatever… …if you do not have a look at it every now and then. The idea in my mind is to automate all this stuff. Open the window if it’s too hot. Or close it and switch on the heating. Dry earth? Some water please… […]

I’m a chemist finishing up my BS before heading off to grad school and I want to leave a gift behind for the lab I’ve been working with. […] One of the most tedious things I have to do is separate mixtures of compounds via a process called column chromatography (Wikipedia has a fantastic explanation of how this works); […] My idea is to set up a small light source, a detector, and an LED and/or speaker and hook them all up to the pi.

… hmmm, maybe I should start a Arduino give-away?

Now, you probably didn’t come here to to be lectured, bored or both. You just want to know who will get my Raspberry Pi? Well, hang tight, because I’m about to tell you … but not before I casually mention I’ll give away two Pi’s because both of the following idea’s are awesome!

So without further ado: the winners of the Raspberry Pi’s!

A project I am starting to plan is my PiCat. Our beloved cat Ernie is turning 16 years old next month and his healthy is failing. He has arthritis and a just diagnosed under-active thyroid. My plan is to make a device that monitors the items my cat uses, the cat-door to the garage where his litter box is and the auto-cat feeder. Because of his arthritis he has a hard time with the cat door. I would place a sensor on both sides and when it detects him, a servo motor would open the cat door for him. One less thing he has to push/jump through. I also need to monitor his food intake, and adjust the amounts the cat-feeder dispenses so he is not overeating, gaining more weight, and making his arthritis cause more discomfort.

Perfect idea, Dan! You know the internet loves cats, so this is a guaranteed winner. :) I’m sure Ernie would benefit from some Pi love! Let us know how your project goes, and more important let us know how Ernie is doing!

I just bought an Invicta model 32 radio. It’s a beautiful old radio and I’m planning to take out the innards and turn it into a media station/player. My exact plans aren’t set yet (it only arrived last week) but a raspberry Pi is certainly the thing I’m planning to use to drive it.

I love old school tech, so this project if a perfect fit for the Raspberry Pi. Now, since I don’t want the Raspberry to turn into a simple Media player, I suggest you combine it with some rotary encoders, a MSGEQ7 chip and some Neopixels. Go the extra mile, and make us jealous! I’m looking forward to the end result!

Dan & Brian, make sure you guys send me your address details … everybody else: don’t let this hold you back in your plan to built something awesome!